Guy Kohn has hands on experience with retail design. For instance, he has a lot of skill designing large interior spaces, furniture, products, lighting, and graphics. After his first degree, Kohn went back to school and got his second degree in architecture. But before that, Kohn worked as a Visual Merchandiser at Conran’s. Conran’s is the pioneering modern furniture and house goods retailer from England.
Kohn rose quickly at Conran’s. First becoming Manager, then Director and finally Creative Director of the company. Kohn went to architecture school at Pratt Institute. While doing so, Kohn paid his way through school by doing freelance window display for stores like Bloomingdale’s, Bergdorf Goodman, Hermès, Valentino, Sherle Wagner amongst others. As a result, his windows achieved much notoriety for his design. They appeared in many magazines and newspapers both in this country and abroad. Kohn received President’s honors upon graduating, and started working at the venerable firm of Skidmore Owings and Merrill. Contact Guy Kohn today to get started on your retail design project. 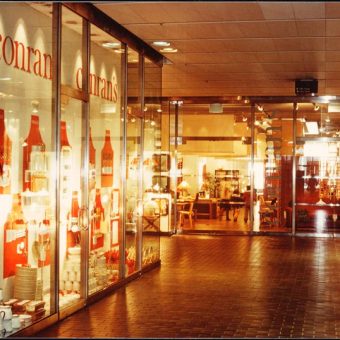 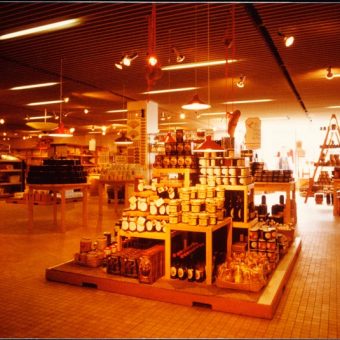