Devialet is a high-end French audio technology company. They opened their first U.S. store in New York City’s landmarked SoHo Cast Iron District in November, 2016. As a New York architect, KOHN ARCHITECTURE provided building department filing plans and code and zoning consulting. We also secured Landmarks approval for both the 2,200 sf interior and the storefront signage. We completed the work within a short time period to take full advantage of the holiday shopping season.
On the upper level of the 2-story space, there is an acoustically isolated glass-enclosed listening room. There is also a balcony overlooking a dramatic double-height wall which can be for video projection or artwork. The idea for the lower level was to closely resemble a living room listening experience.
The design motif—an interlocking hexagonal shape derived from speaker technology—is repeated throughout the store in display shelving, angular seating, and the ceiling light configurations.
The interior is the work of Miami-based designer, Jean-Pierre Travers of IDBD, Inc. DiGiacomo & Son, Inc. was the General Contractor. If you’re in need of building permits, code and zoning consulting, or landmark approval, contact Kohn Architecture today. You can also view our previous work as a New York Architect. 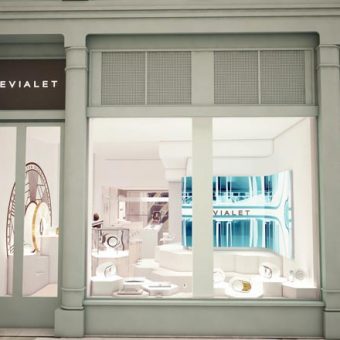 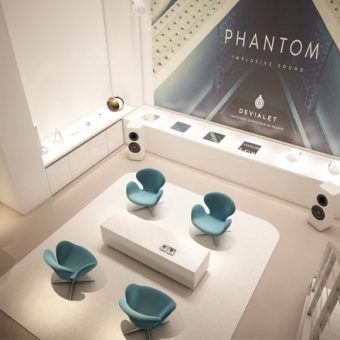 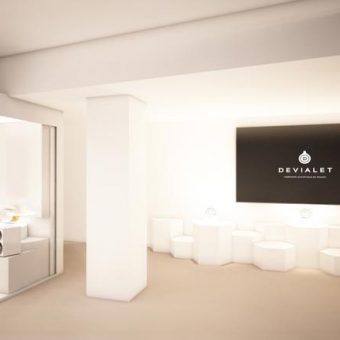 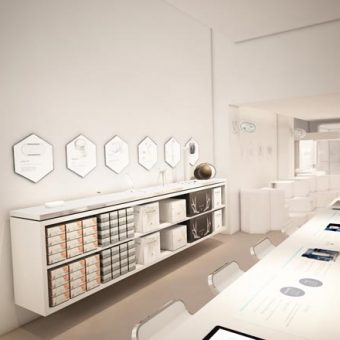 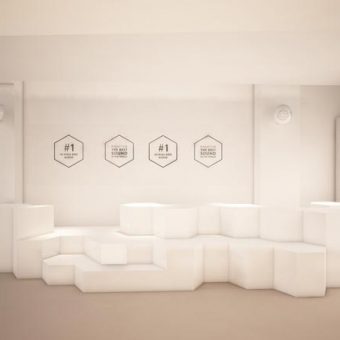 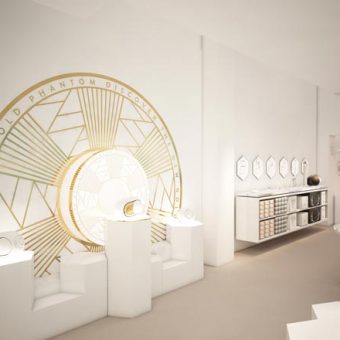 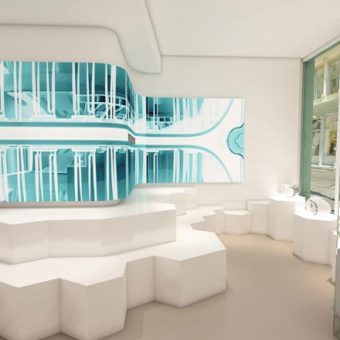