The NBC Today Show started in a small storefront down the street in 1952. In 1994, it returned with a new studio and wrap around view of Rockefeller Plaza. It also had interactive television kiosks and standing room only sidewalk space in front of cameras. As part of the larger $15 million dollar project, KOHN ARCHITECTURE designed the storefront exterior and the interactive kiosks. The first broadcast featured President Bill Clinton. Shortly after, “Today” climbed to No. 1 where it has remained in the morning rating contest.

The studio still operates in the same design as it was 10 years ago. Unlike gentler times, the windows in the new studio are bulletproof and at an angle to prevent unwanted reflections. In the windows and above the view into the studio, a band of TV screens and a ticker displays NBC shows and breaking news stories. Owing to the landmarked status of Rockefeller Plaza, all of the designs had to undergo a rigid approval process. This process went through the NYC Landmarks Preservation Commission, the Community Board and The Rockefeller Center Group.

The design of the interactive television kiosks let ordinary people communicate with people on the air. The concept of these kiosks was unique in that there was no existing model or anything like this before. Starting from scratch, and working with media technology experts, Kohn invented every aspect of these kiosks. The landmark status of the site prevented anything permanent from being on the Plaza. Therefore, Kohn designed the kiosks to disappear during the regular workday. They are installed before the show and then removed right after show. Kohn had to create new systems for transportation, installation, communication, electronics, folding, supporting, and locking and lighting. All within a tight schedule and with extremely stringent requirements. The design and systems built for “Today” have withstood the test of time without major re-designs. They are still successfully on one of the most popular shows on morning television. If you’re in need of a commercial architect in NYC, contact Kohn Architecture today. You can also view our previous commercial architecture projects. 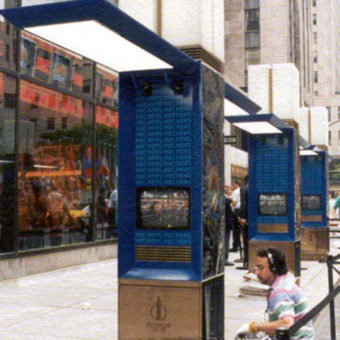 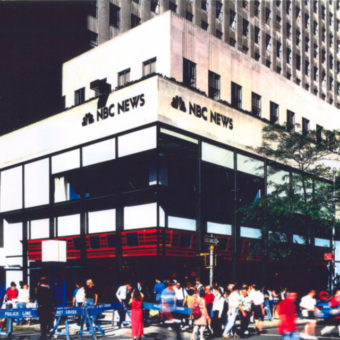 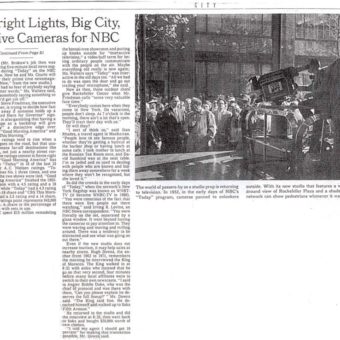 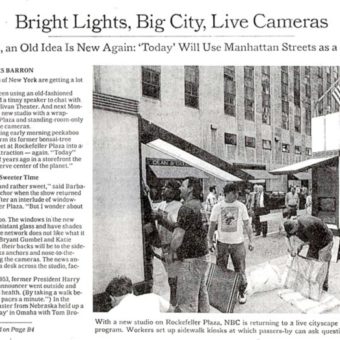 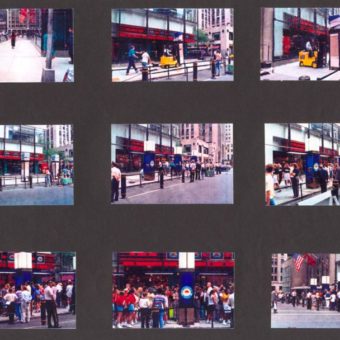 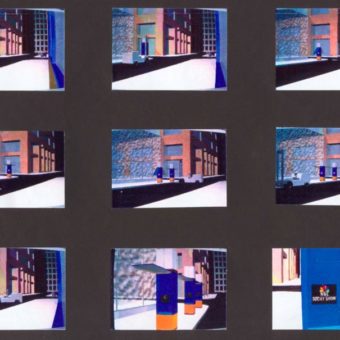